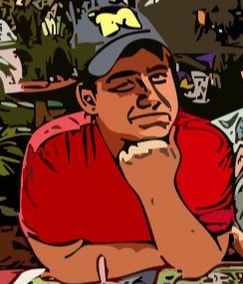 Hello, my name is Alexander McNeil. I am a strong supporter of the GNU/Linux project, and I currently use Linux on ALL of my PCs. I strongly believe in software being free, as in freedom, like Linux is.

I was originally a heavy Windows user, but I quickly realized that Microsoft Windows is not the platform for me. I found that Microsoft wants you to work, and they want you to work their way. It was slow, bogged down, bloated, poorly built. Because of this, I looked for more options. I tried getting my hands on a Mac, or any system running OS X, because it was something different. Once I did, I loved it immediately. However, I noticed something right away. While OS X was much faster, cleaner, less bloated, and more secure/stable, it was still restrictive. Apple wants you to work, play, and have fun with your computer, which is great! Except again, they want you to do it their way. There were a lot of customizations that I would have liked to have made on that machine that I just couldn't. So I moved on!

I first heard about Linux in 2008, when a friend of mine got a "Legacy Computer". It was an old Windows 98 machine that was seriously lacking in hardware. He wasn't sure what to do with it, since obviously the machine couldn't run Windows Vista, and he couldn't just use Windows 98 because of the lack of support. He heard from a mutual friend that there was this "...amazing OS that runs great on old hardware!". The OS he was referring to was Ubuntu 8.04. He installed it right away, and he was amazed with its performance. He had me come over and take a look, and I've been in love ever since. I used Ubuntu from then until the 12.04 release of the distro. Then I tried various derivatives of Ubuntu, such as Linux Mint, Pinguy OS 12.04 (which worked very well for a long time), Kubuntu, Lubuntu, Xubuntu, and as many other 'buntus you can think of. I was absolutely blown away by how many different distributions there were of Linux. I began to branch out to other, completely unrelated distros, such as Red Hat based distros, SuSe based distros, Arch based distros, etc. Each one was more interesting than the last.

Linux has been a roller-coaster of knowledge and entertainment since I found it. I have loved it from the beginning, and I will always love it. I hope you find this site informative, and perhaps that you use it as a tool on your journey into the wonderful world of Linux.